Situated at 6,512 feet above sea level in the lush Animas River Valley, Durango, Colorado is a town that is as rich in culture, history, and outdoor recreation as the surrounding ore laden San Juan Mountains. The former mining town has its own quirky, laid back vibe; an eclectic mix of mining town meets mountain town meets the west. 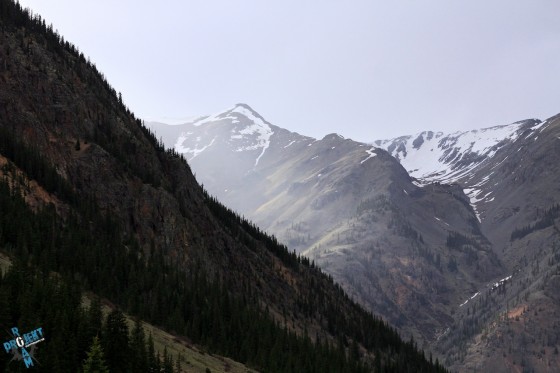 With a long standing reputation as a bicycling mecca, Durango turned out to be an optimum choice for us to spend time exploring on two wheels. Spiraling outwards from the hub of downtown, the countryside is magnanimous. 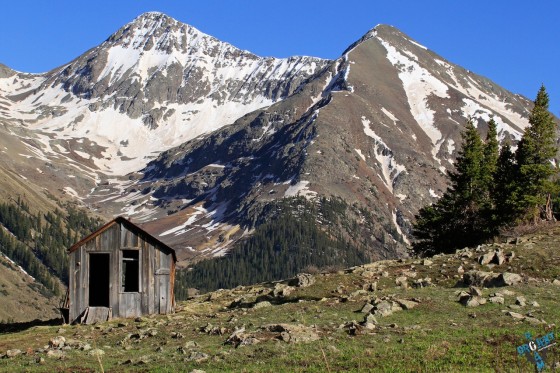 The ever present contour of rugged mountain peaks that define Coloradoâ€™s high country seem to be synonymous with the horizon in nearly every direction.

The riding found in the higher elevations can be grueling with arduous ascents, sometimes leaving you thinking that your oxygen just might have been stolen from you like a thief in the night. But it doesnâ€™t really matter, because the descents and the surroundings, along with the whole experience, completely overpower those minute grumblings. Especially when you blast down the mountain with an ear-splitting grin while your entire focus and being are trained on the trail as it flashes by before you and still winds downward thousands of feet below you.

We spent some time wandering through the high country in the outlying mountain passes sprawled around Durango, it was as if youâ€™re taking a step back into time. 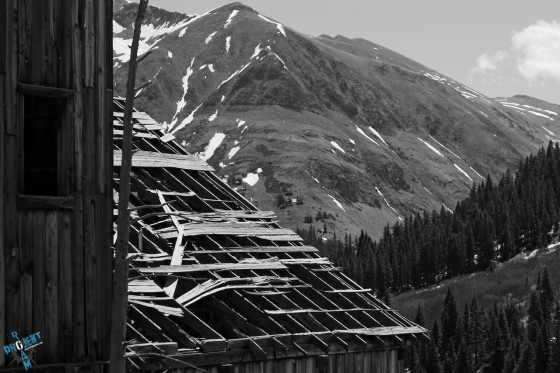 Old abodes, equipment, mines and mills in various stages of decomposition are often in view, blending in with the natural surrounds, silent and weather-beaten monuments of a time passed.

These artifacts of a different era made for remarkable, exploratory stops during our adventures in the high alpine single track wonderland. 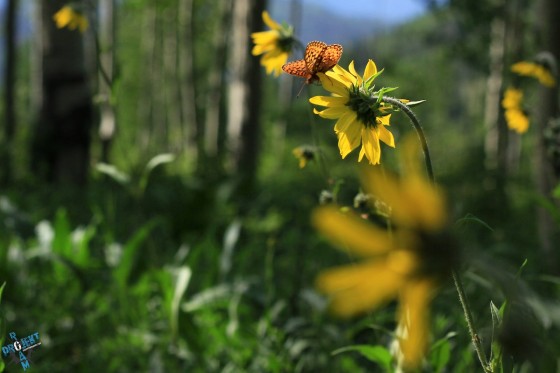 Many of Durangoâ€™s different riding areas provide trails that make their way through twinkling groves of aspen and meadows stippled with an abundance of flowers that range from every colour under the sun. This scenery is definitely more noticeable when you stop for a ride regroup.

There are numerous trailheads and trails to be found scattered everywhere about the city, it seems. An added bonus is that all of these different, local riding locations are unique unto themselves. 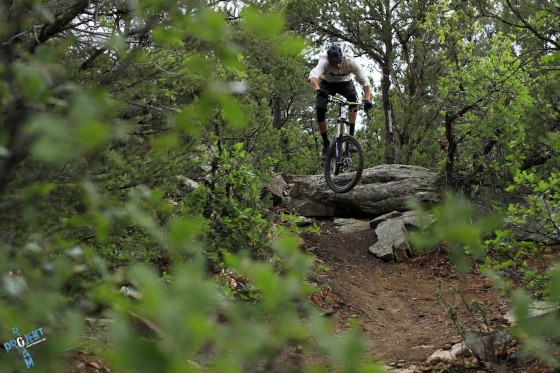 Rocky terrain and scrub brush dominate the landscape with clay coloured earth cushioning the tiresâ€™ tread in some of the trail riding regions.

One of the things that makes this mountain biking haven stand out was the ability to spend a day on a trail that carried you through stands of pine passing an occasional crystalline lake if that is what you were in the mood for. 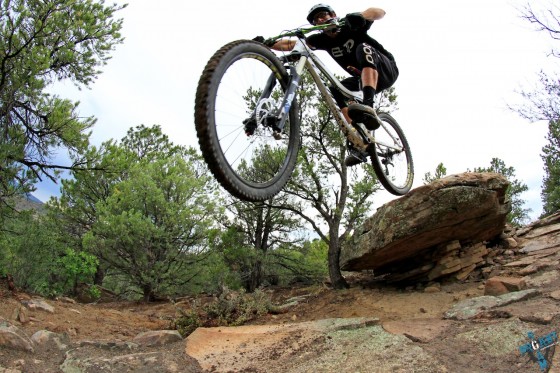 Or if you wanted a completely different ride the next day, it wasnâ€™t a problem to hit up a trail with manmade features including jumps, drops, and berms. 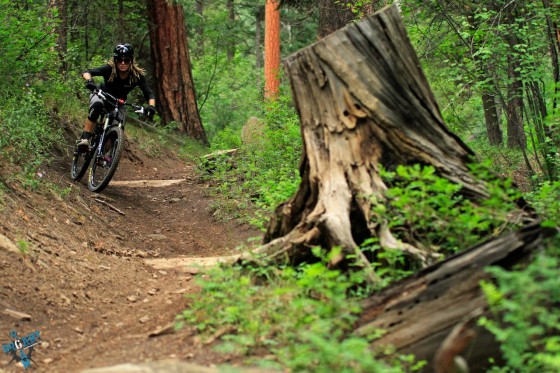 We happened to be in Durango during the summer months in which monsoon season dictates the weather pattern. Once this tumultuous weather hits, many a trail day can turn into an electrifying adventure.

A ride would start out with perfect, textbook weather. Over a matter of a couple hours, our senses would become bombarded with brilliant flashes of light accompanied by the sounds of roaring thunder. 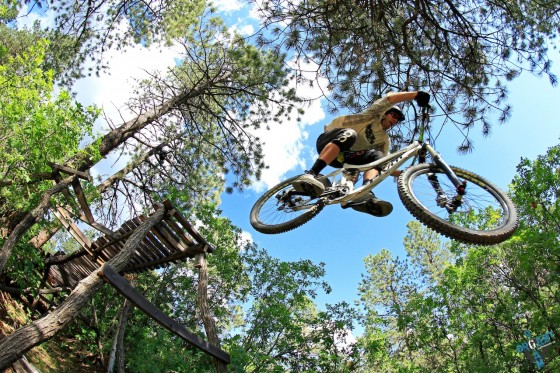 The thunderheads sometimes brought moisture that turned the dirt into tacky trail heaven, or on other occasions, completely saturated us and the trail completely with torrents of rain. Whatever the ensuing weather brought, we knew we were always in for a thriller, hair-raising time.

Whether itâ€™s after spring snow melt, during the warm, sunny months of summer, or in the autumn, Durango is definitely a place with a genuine multitude of trails to ride and enjoy on a mountain bike.

Projekt Roam was founded by husband and wife, Colt and Jessee Maule in 2010. It has been their mission to travel North America in search of places that celebrate the unparalleled beauty and freedom of not only the bike, but the terrain we ride as well. Plan your own trip to Durango, CO and check out more photos, film, and riding locations throughout North America at www.gravityrideguide.com. 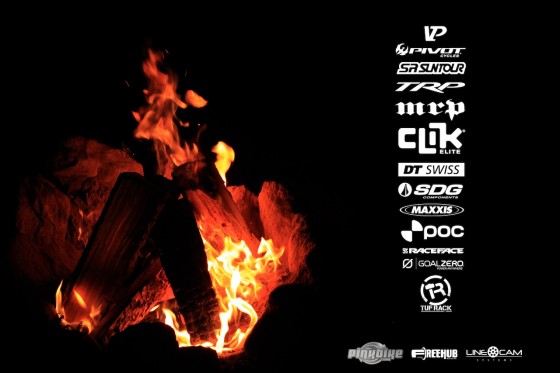 Thanks to our sponsors for some great product and to all of our new friends who have helped us out along the way, ride on.

The Muddbunnies encourage and welcome female riders of all experience and skill levels to join them in getting down and dirty. Come on, ride like a girl!